Why So Much Vitriol Toward "Illegals"?

"Come over legally, fine.  Come over illegally and we should be able to shoot you!"


"Children born to illegals are illegal...the 'Native' Americans came from Asia many years ago and settled here so they are immigrants too. The Europeans came here legally and built this country up. Look what's happening to it now because of illegals."


These are a few of the comments that were received (among a number of supportive ones) in response to CNN's recent article about our book, Green Card Stories. This type of response, which is pervasive on the web, makes me wonder how we have come to this point in time where people draw such easy distinctions between "illegals" and "legals", as if there is a clear-cut line. For example, when I gave Green Card Stories to a rather conservative friend,  the first thing she said was, "Thank you.  You know I support LEGAL IMMIGRATION.  It is just the ILLEGALS that I have no time for."

Those of us who work in the trenches know that immigration law is so nuanced and difficult that it is often only a combination of timing, luck and good counsel that lands people in the camp that holds their green cards, as many of our stories explain. A more detailed, excellent description of the complex legal twists and turns that one can face is found in immigration lawyer Helen Parsonage's recent post about a man on the brink of deportation who was granted permanent residence only after an uphill and arduous battle.  The real reason we have so many undocumented people in the U.S. is because we do not have a workable immigration system. Quite simply, there is no easy and correct way for most people to acquire U.S. residency and there is absolutely no line that the vast majority of our necessary skilled and unskilled labor force can stand and wait in until they become legal.

The American discourse regarding "illegals" seems to be far more prevalent today than it was when I started practicing immigration law, shortly after Ronald Regan approved legislation that both granted amnesty to a large number of undocumented individuals and imposed sanctions on employers who failed to check their workers' documentation going forward. Back then, I called what I did "happy law" because most of the time we could find immigration solutions for our clients.  The law was more favorable, the immigration officials had more discretion, and we weren't hamstrung by the lack of solutions that exist today. The general attitude of  employers, neighbors and American family members back then was that  my clients' immigration difficulties did not in any way detract from their overall qualities as loyal, hard-working and law abiding people.  Certainly no one referred to them as "illegals".

Of course, there have always been loud-mouths and racists, such as Peter Brimelow, an immigrant himself who now that he has been allowed in wants to shut the door to others who do not come from similar backgrounds.  He is quoted as saying that immigration is creating a "Spanish speaking underclass parallel to the African American underclass."  Further, he said, “These are people who are completely dysfunctional. They’re on welfare; they’re not doing any kind of work – at least not legal work – and their children are having a terrible time. They’re dropping out of school; there’s an increase in teenage pregnancy."

Never mind that none of that is true: undocumented people do not qualify for welfare; they are doing critical work that no one else will; and their children are dropping out of school because until the Dream Act passes having an education is useless without employment authorization.  Actual facts seldom sway people who have strong emotional beliefs, however.  As my partner often reminds me, people make decisions and form opinions based more on emotion than on reason.  My bigger concern, then,  is that Mr. Brimelow was given a platform for his baseless and reprehensible views at the Conservative Political Action Conference (CPAC), a few weeks ago:

How many are listening to and absorbing this vitriol? And how much of it is filtering into our mainstream discourse? It seems that it has become commonplace to demonize a large segment of our immigrant workforce along with their American-born children by classifying them as "illegals".  My state's Congresswoman Michele Bachmann did her part recently by stating to Bill O'Reilly that she saw no problem with dragging parents onto buses to be deported in front of their crying children.  She also said, in defiance of our U.S. Constitution,  "Well, Bill, what we have to do is end the practice of anchor babies in the United States" because that's when "illegal aliens come in."

Similarly, Rick Santorum, speaking at a campaign stop in Iowa, said families that include undocumented immigrants "should be broken up when the law is broken."

Despite how painful and difficult it is right now for the immigrants among us to suffer the invective I described at the beginning of this post, I do have a sense that we are reaching a tipping point.  Good-hearted Americans just won't allow things to reach such hysterical proportions that we routinely deny American children foodstamps, deport mentally ill people without legal representation, take custody of American children away from their undocumented parents, and deport American veterans.  They just can't.  We just can't.

One thing I often wonder when I notice people slamming out angry anonymous responses on the web or calling in and shouting back on shock jock shows,  is whether these are the opposite of what used to be called the "silent majority" - the "clamorous minority".  They are getting so much attention that politicians are confused into thinking that they are reflective of the real mood in our nation.  Knowing full well that something must be done to address the urgent and pressing immigration problems we face, they cower in fear that if they speak out they will suffer a backlash from their constituencies.  Reputable studies, such as the latest United Technologies/National Journal Congressional Connection Poll have repeatedly shown, however, that the vast majority of Americans prefer to allow some or all undocumented immigrants to be able to remain in the U.S.  Only a quarter of Americans believe that we should kick everyone out no matter how long they've been here.

On a more personal positive note and in contrast to the ugly messages I described above,  over a three week period I have been the recipient of numerous anonymous postcards as part of a little-known campaign called Postcard Undergound, in which people from all across the country put pen to paper, lick a stamp, and send their support to someone they think has been doing good work.  In my case they are acknowledging the work that my immigration team did in helping an African kid get reunited with his newly naturalized U.S. citizen family after many years of separation.

I'm not writing this to highlight our work, which is typical of the work that ALL of my good immigration colleagues do on a regular basis without fanfare. I'm writing to say that in my mind these postcards represent the quiet 75%, the good hearted majority who still believe in the importance of caring for our neighbors.  These postcards are from people who still believe in the inscription on the Statue of Liberty and they give me hope. 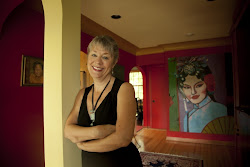 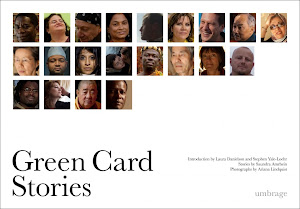